The city of St Paul

When we arrived in St Paul, the bus driver gave us some information about some buildings: for example he talked about St Paul Cathedral, the James J. Hill House and the Skyline of St Paul. First we went to the State Capitol. We were allowed to explore the building for one hour. After that, we visited the History Centre. There is a tornado room in which we learned something about the tornado in 2006. There was a display on hailstones as well. Hailstones are made out of ice and fall down from the sky. In the museum there was also a chocolate exhibition and in the museum store you could buy chocolate, too.

After our trip to the History Centre of St. Paul we went to Minneapolis with a yellow school bus. We visited the Mill City Museum in Minneapolis. At the beginning we were allowed to explore the museum on our own. So we saw lots of machines with which you can produce flour. Moreover, there were little stations where you could for example build a bridge over a little Mississippi-model or create your own cereal box. After that, we went to a little cinema together where we saw a film about Minneapolis. It showed the history of the city and how it has changed over the years. After that, we went to an elevator. This elevator went to different floors and showed rooms where the flour was produced. In the Mill City Museum we learned a lot about the history of the flour industry, about Minneapolis and some things about the Mississippi.

The City and El Tequila

When we left the museum we were allowed to look around in the city. For example, some of us went to Macy's (that's a big mall). Then we met everyone on the bus again and drove back to Northfield. During the ride the bus driver gave us some information about the things we saw. Finally, our group went to a Mexican restaurant called El Tequila and ate delicious Mexican food. Hmm!

Halloween is one of the most important holidays in America. Every family buys lots of candy and pumpkins, which they carve and make funny or scary faces with them. They decorate their houses with ghosts, cats, lights and cobwebs. They prepare a bowl with candy for the Trick-or-Treaters? behind the door. Some wish each other a "Happy Halloween?.

When it got dark, most of us dressed up and went "Trick-or-Treating? with our exchange partners. That means, that we went from house to house with a bag and knocked on the doors. When the door opened, we screamed "Trick or Treat!? and held out our bags or bowls. The inhabitants of the house gave us candy and we wished them "Happy Halloween?. Then we went on to the next door...

At 7 o? clock, it was party time! We all met at the house of Hunter, Sophia?s exchange partner. They welcomed us with hot cider (Apfelpunsch), muffins and apples with caramel sauce. When everybody had something to eat and drink, we were given a ride to the bonfire with a tractor. We stood around the bonfire and talked and laughed and we made smores. Smores are crackers with chocolate and a roasted marshmallow in between. It was a very funny day!

Foto 1: Meeting in the morning and riding the yellow bus

Foto 2: The city of St Paul 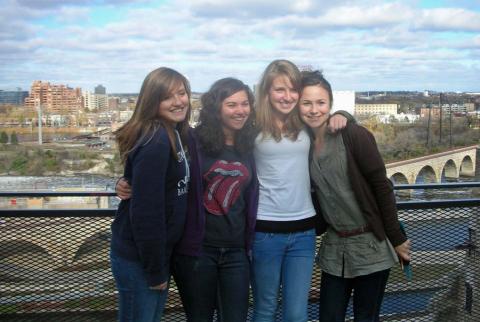 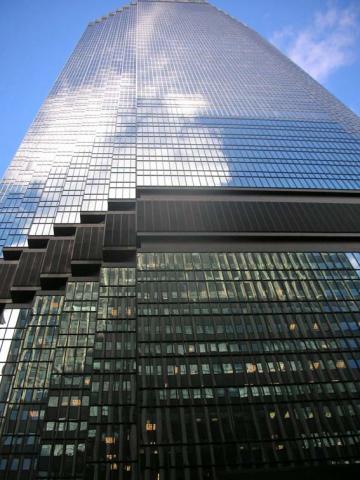 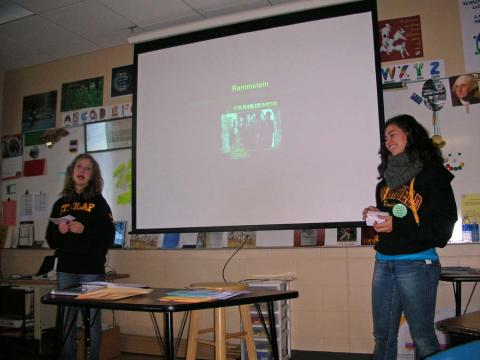 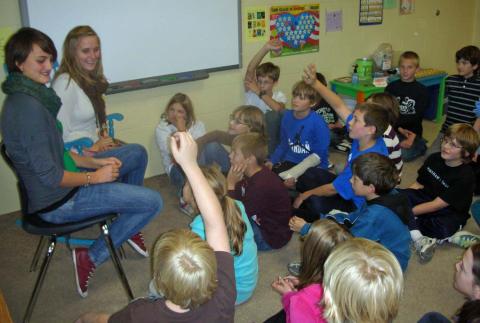 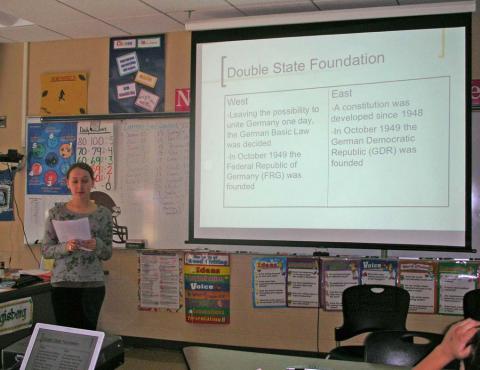 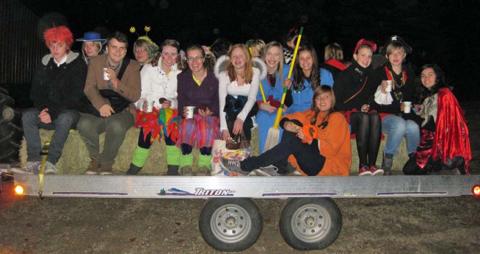