It was Saturday, 13th October when we arrived at the airport in Chicago and got our baggage. Then a bus brought us to our hostel named 'Urban Holiday Lofts'. There we unpacked and soon we walked in the Chicago streets for the first time. Looking for a place to eat, we found the 'Devils Dawn' where the whole group got their first meal. Since it was pretty late, we returned to the hostel and sooner or later everybody went to bed.

After the small hostel breakfast the whole group met to start our journey. With the subway we drove to the station 'Sedwick' from where we walked to a park to see the beautiful skyline of Chicago. After taking many pictures we continued just to stop soon enough for lunch. An hour later we walked to the Lake Michigan where we were allowed to take a break and of course pictures. Our next stop was the Navy Pier where we could ride the Ferris wheel but some students rather wanted to go to merry-go-round. After that, we drove into the city by bus and in one street we separated into groups to eat. At 7.45 pm we met again to walk to the 360° tower. Inside the tower we were able to see Chicago from above which was an awesome view. To make this experience more intense, there was the so called 'Tilt' where you stood inside a widow that tilted to the outside of the tour. Everybody was fascinated by the view. Soon enough the group got tired and rode the subway back to the station 'Damen' and walked to our hostel where we went to sleep.

The next morning we had breakfast and then we went to the Millennium Park where we first went to a fountain and then to the famous sight 'The cloud gate' also called 'The Bean'. There we had a little break where everybody could take pictures. After that we where allowed to get some food in groups and after lunch we met again. While we were walking to the booked boat tour we passed the highest sykscraper in Chicago where we again took some pictures. The boat tour was fantastic and we learned a lot about the city but due to the wind it was very cold. We decided that we would like to return to the hostel for a break and we even got time to do some shopping. After that break it got darker and we went to an all-you-can-eat pizza place for dinner. We again took the subway to our hostel. Some students started packing, others went to bed.

We had our last breakfast in Chicago and finished packing since the bus to the airport came at 9 o'clock. We all said our last goodbyes and soon got pretty excited to meet our exchange partners in Northfield Minnesota.

Northfield is a small town with almost 20.000 inhabitants located in the Dakota and Rice counties in Minnesota. It has a downtown area, near the Cannon River, where almost all the shops are located. The town was founded in 1856 by John W. North.

The town has got two colleges, St. Olaf and Carleton College, with around 5000 students living around the campus, those make Northfield a college town.

The most important date in the history of the small town was September 7th, 1876, when the James-Younger Gang tried to rob their bank. The gang consisted of the three Younger brothers, Cole, Jim, Bob and two James brothers, Jesse and Frank, plus three others, Charlie Pitts, Bill Stiles and Clell Miller. They were most redoubtable gang in the history of the United States of America and had already looted about 15.000.000$ by bank robbing. The reason why Northfield got famous that day was because they could stop them. It also helped the whole state to get more security against criminality.

The three reasons why they have chosen the First National Bank of Northfield was:

- Nobody else had ever robbed a bank in the North.

- They thought Northfield wouldn?t protect itself against the robbers.

- They selected it because of its connection to two union generals and radical Republican politicians.

Bob Younger, Frank James and Charlie Pitts entered the Bank, the other five outlaws stood guard outside. Some citizens realized the robbery and started a gun fight from local hardware stores. Clell Miller was killed by the medical student Henry Wheeler, A. R. Manning killed Bill Stiles. The Younger brothers were wounded by other civilians. A Swedish immigrant was killed by Cole Younger. The assistant cashier of the Bank didn?t open the safe and was murdered. Alonzo Bunker, the teller was shot in the right shoulder by Charlie Pitts, trying to escape from the Bank. After hearing the shooting outside, the three outlaws ran out of the bank, having taken only a few bags of nickels.

The "Defeat of Jesse James Days? is celebrated in Northfield every year in September. It is the reason why Northfield is famous.

Trip to the Twin Cities - Minneapolis and St. Paul

We started our trip to the Twin Cities on Wednesday morning at high school after a short meeting in our home room. We were picked up by the bus at 9:30 am in front of the school. Since some of the German students wanted to ride a school bus, the bus driver had organized one of the typical American yellow school busses for us.

After arriving at the James J. Hill House at 10:30 am we had a tour through the house. James Jerome Hill became famous by building a railway all over America. Later he got experiences in shipping. His house was built in 1891 and it took three years to be built. The home has 3344 square meters of living area and a total space of 4139 square meters.

Our next stop on the Twin Cities tour was the Minnesota State Capitol. We got a guided tour there as well. The Minnesota State Capitol is the seat of government for the U.S. state of Minnesota, in its capital Saint Paul. It houses the Minnesota Senate, Minnesota House of Representatives, the office of the Attorney General and the office of the Governor. The building also includes the chamber of the Minnesota Supreme Court. The building is modelled after Saint Peter's Basilica in Rome and is the largest dome in the World after the Basilica. It is the third building to serve this purpose. The first was destroyed by fire in 1881 and the second was too small.

Before we went shopping in the city of Minneapolis, to finish the trip the bus driver took us to the Stone Arch Bridge. The Stone Arch Bridge is a former railroad bridge crossing the Mississippi River at Saint Anthony Falls in downtown Minneapolis, Minnesota. It is the only arched bridge made of stone on the entire length of the Mississippi River. The bridge was completed in 1883 and is about 60 meters long, 8.5 meters broad and has 21 stone arch spans.

At our last weekend in Northfield (26th and 27th October), we went on a weekend trip to one of the thousand lakes in Minnesota. We stayed at Maplelag Resort, which consists of one main building and different small lodges.

The trip started at 7:30 am on Saturday with a 5-hour bus ride. After we had arrived, we had lunch. The menu included salad, soup, bread and brownies. Next, we unpacked our bags in our rooms. Then we could choose what we wanted to do for the next hours. The four different possibilities were: hiking in the beautiful scenery, going to the biggest hot tub in Minnesota, canoeing on the lake or simply playing games.

For dinner we had meat, sausages, bread, salad, wild rice, green beans and pudding, which was really delicious.

After dinner we had a little talent show where some of us sang while others showed unique skills they had or told some funny jokes. For the next game, which was a kind of "Schnitzeljagd?, we had to slit up into three groups. The task was to use riddles to open boxes which had five locks. The evening ended with us singing with Mrs Casson, playing other games and talking when we were back in our little house.

The second morning started with breakfast at 9:30 am. We had a large variety of different foods! We wanted to be on time for the Mille Lacs Indian Museum, so we had to pack our things and get onto the bus by 10:30 am. The museum was divided into two rooms. One showed the Native American?s life, their houses and what they did during a year. And in the other room we explored the exhibit while filling out a worksheet with our partner.

After the museum we drove back to the Northfield high school where our host families picked us up.

The trip was short but it allowed us to share amazing experiences with our exchange partners.

Northfield Highschool is a school in Northfield, Minnesota USA. It is the exchange school of the MPG, and was home for the German exchange students this year for 2.5 weeks.

The schoolday starts at 7.51 am, except for Wednesdays, when school starts one hour later. Every day is structured in the same way, which means that the students have 7 lessons each 50 minutes long. However, after the fourth lesson, there is a 60-minute lunch break. Not only are the times always the same, but the schedule is also the same every day. This is the most obvious difference to the German school system, followed by the half annual change of almost all the subjects. Another huge difference is the holidays, which are more coherent in the USA. This means instead of several short holidays, they have fewer but longer vacations like the three months summer holidays.

After some conversations with students from the NHS about their school life, we learned that many of them criticize that the school life is very stressful, and that they would like to learn more about the subjects they enjoy. This is because they often have to work for subjects they don?t like. In Germany and in almost any educational system there is the exact same problem.

In the US the extracurriculars play a way more important role than in Germany. In Germany, there are many clubs for sport activities, music, etc. where many people go to. In America these clubs rarely exist and most sports or other activities are part of the school life. The NHS Raiders - the name of all sport teams at NHS - make up the centre of the school spirit, which is a great thing to experience. 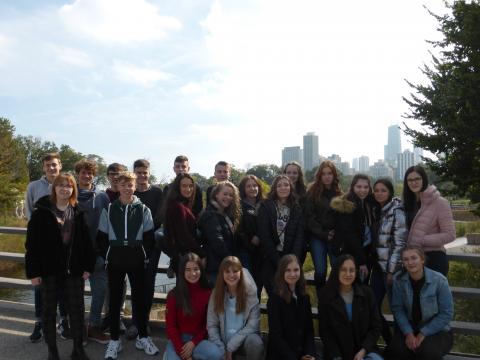 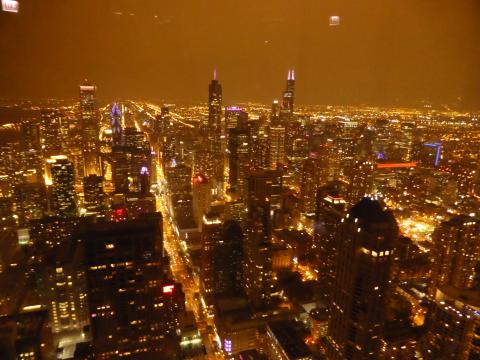 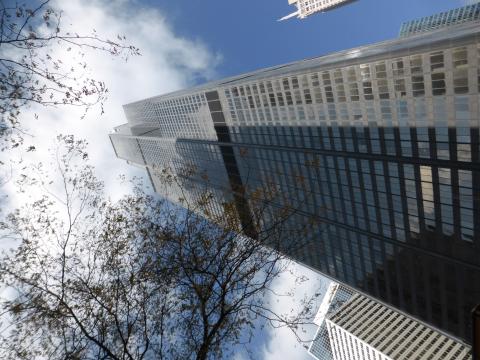 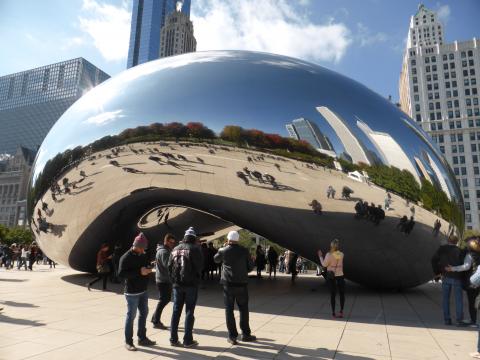 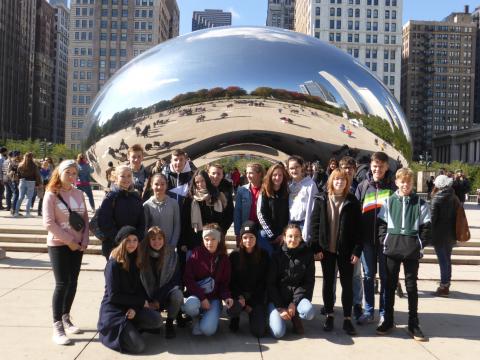 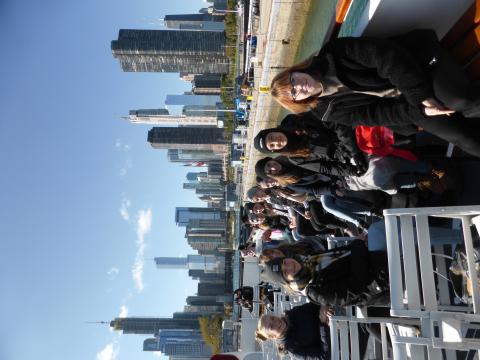 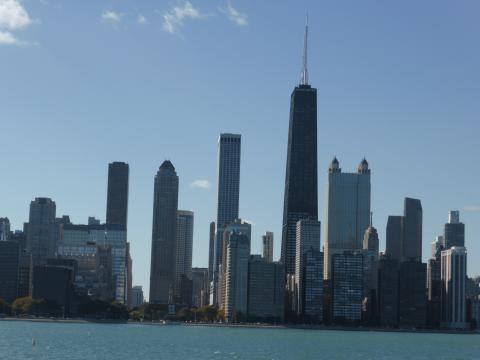 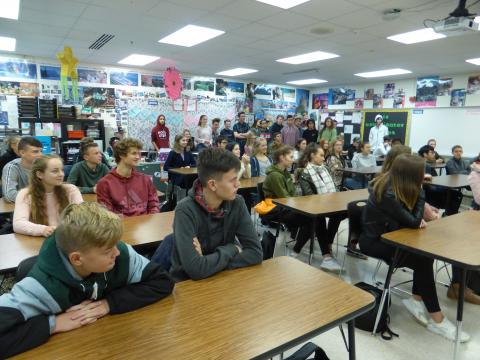 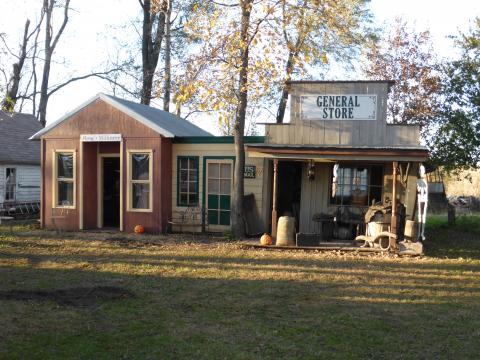 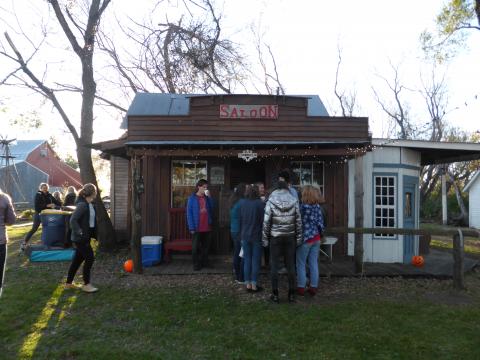 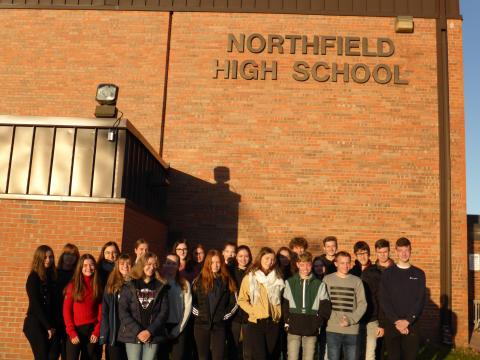 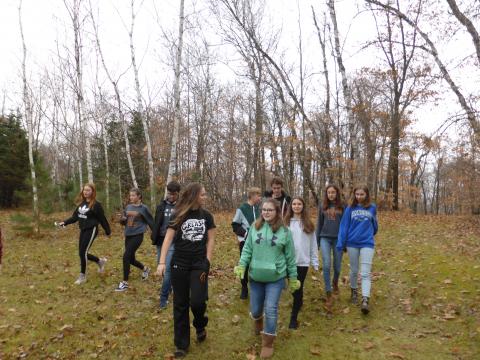 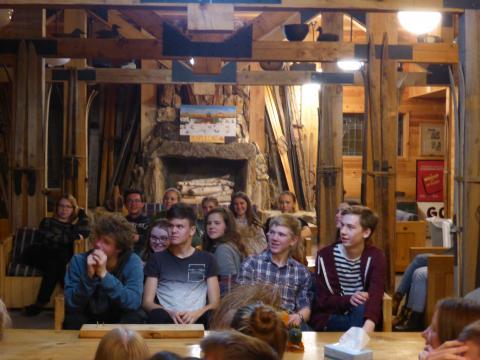 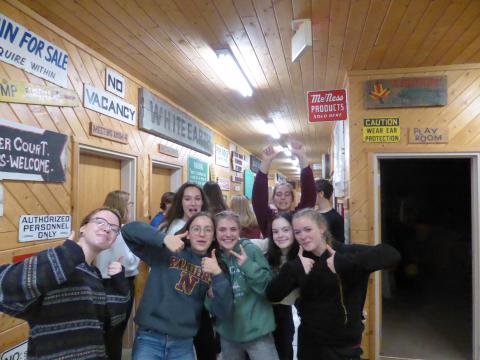 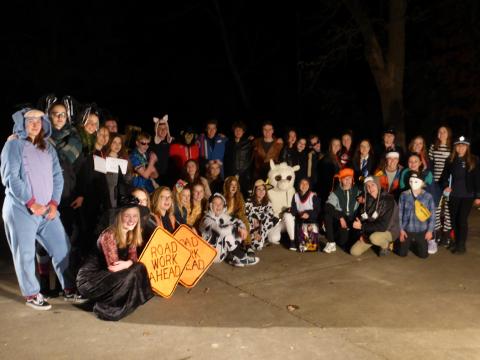