We arrived at the airport of Newark at one pm. After immigration we waited for our shuttle and we went to the hostel. It looked really great. We walked in Riverside Park to the university of Columbia and back to the hostel. We were very tired because of the jetlag. After breakfast we took the subway to the National History Museum. Maybe you know it from the movie Nachts im Museum". In Central Park there was a run for breast cancer. We walked around and went to Fifth Avenue, a big expensive shopping street. In front of the Trump Tower we met the Cowboy in underwear and took pictures with him. Our group went to the Rockefeller Center and we saw the ice rink of the famous American Christmas movies. After that, we went to the Grand Central train station to eat lunch. It looked very impressive. Next we visited the United Nations and we went to Times Square. We had a little bit of time for shopping. In the evening we watched the musical "School of Rock". It`s about a rockband member, who becomes a teacher. On our last day we took the subway to the One World Trade Center. It?s so big. We walked through Wall Street to the ferry and went by the Statue of Liberty. After lunch we went to Brooklyn Bridge and took lots of pictures. We had enough time to walk in Highline Park. At the end we went to the Empire State Building in the dark. You have a great view there.

Our trip began on Saturday morning at 8 am, with a two-hour bus ride to the "North West Company Fur Post". It is an open-air museum about the Native Americans and their trade with the English people. It was very interesting, because we could try to make fire on our own. The next stop was at the Thompson Hill, which provided a good view over the Lake Superior and the river. Then we went downtown in Duluth and we visited the Marine Museum. In the late afternoon we checked into the hotel. There we had a short break to go to our rooms. After dinner, we went to the haunted ship, a ship full of scary monsters, clowns and crazy people. It was scary and even the ones who weren?t scared, had fun watching the great costumes and masks. We went back to the hotel at 10 pm, some people played cards or went to the pool. Others just relaxed after the exhausting day. On Sunday morning we had a good American breakfast and we checked out at 9 am. Our first activity was a tower with a good view over Duluth. The next stop was the impressive "Glensheen Mansion", a villa of a rich and famous family. The villa was full of paintings and old furniture. Then we ate lunch in downtown Duluth and we went on to the "University of Minnesota Duluth" (UMD). It's a very big and impressive university with many sports activities and great campus buildings. But it's very expensive too: about 25.000$ per year. After a great weekend trip, we headed home to Northfield.

For our exchange to the USA we had to prepare presentations about different topics, which we wanted to present in the classes at the American High School. The presentations are about daily life of Germans, for example German music, teen life or German traditions. We are not only giving the presentations in the German classes, but also in different classes, for example French and Physics. When you are standing in front of an English-speaking class, it?s a very different feeling to speak to all of them than only to your exchange partner. You?re getting nervous, because everyone is listening to your German English-skills. After the presentation the students can ask questions. In every class they ask many questions, some of them are different, but there are also questions which are repeated every time, for example how many languages do we learn or differences between the German and the American teen life. The students and the teachers are very interested in Germany and the German way of living, for example in politics, the refugee crisis and the location of Germany. To conclude you can say that it?s a good experience. The presentations improve your skills in speaking English without notes.

Hello everyone, on Tuesday 25th October we were on a day trip to St. Paul and Minneapolis. It was a very interesting and exciting experience. Our first stop was St. Paul cathedral. The cathedral of Saint Paul was built in 1904, but it looks older than it really is. So you find a lot of baroque and classical themes there. Afterwards, we visited the state capitol of Minnesota, a big marble dome. The capitol houses most of the Minnesota government, like the Minnesota supreme court and the governor. Our next stop was in the Minnesota history center. It presents a lot of interesting exhibitions, like a tornado room, where you feel as if you were inside of a tornado, or a rebuild iron mine. The interactive games were very funny so we enjoyed our time there! After we had visited the Minnesota Historical Society, our bus driver drove us to the twin city of St. Paul: Minneapolis. We passed by the University of Minnesota and left the bus to walk over the Stone Arch Bridge, a pedestrian and cycle bridge. By walking on the bridge, we crossed the Mississippi River and saw the US Bank Stadium, the home stadium of the Minnesota Vikings. Furthermore, we saw a mill which was partly destroyed by an explosion. Minneapolis is famous for mills. On the other side of the Mississippi River, we went by bus again and drove to downtown Minneapolis. In downtown Minneapolis, we had time for shopping and walking to the different skyscrapers. We did this in a special way. Minneapolis is famous for its skywalks, so we took this possibility to get to the different shops in the different skyscrapers. One and a half hours later, we went back to our bus, and our bus driver drove us to the Minnehaha Park, a park which was named by native Americans. We were impressed by the big waterfall which is sometimes frozen in winter. After twenty minutes, we had to return to the bus to drive to the Apple Valley, which is not far from Minneapolis. There we ate dinner, different dishes, depending on the choices we had made earlier. After enjoying an excellent dinner, we went back to Northfield. At the end of the day, everyone could say that he had a very interesting day.

The text was written by Fabian Neumeister and Paul Suetterlin

During the exchange program we visited the Northfield Highschool for two and a half weeks. In the morning the school starts at 7.51am, but on Wednesdays it starts at 8.51am. After each class the students have five minutes to change the room, because every teacher has his own classroom. The school corridors are very complicated and because of 1300 students, it is very full. Every day the students have the same classes. One class is 50 minutes long. But on Wednesday the classes are only 40 minutes, because the school starts one hour later. Every day the school ends at 2.45pm. In fourth hour the students have their lunch. It?s divided in three parts. It?s called 4a, 4b, 4c. All the students have a different schedule. Every semester they can choose which subjects they want to learn. Here in the Highschool the students are allowed to use their phones and everybody has an iPad with which they learn. In our opinion, the class isn't as strict as in Germany. The teachers are more relaxed and they have a less formal relationship to the students. In America you do your hobbies directly after school and in school. You play your kind of sport for your school and not for your club like in Germany. Most students ride to school and back with the famous yellow school busses. But some people come by car or walk.

Northfield is a city, located in the south of Minnesota. The city compromises an area of 8.61 square miles (= 22.30 km²) and has a population of 20007. The Cannon river also flows through Northfield. Northfield was founded in 1855 by John W.. In 1866 the first college, the "Carleton College? was founded and 8 years later (1874) the St. Olaf College was also founded. These colleges had a big influence in the development and structure of Northfield. On 7th September 1876 the Jesse James gang tried to rob the first bank of Northfield. The gang failed and that was the end of the serial robbings of the Jesse James gang. Nowadays the people of Northfield celebrate this day as the "Defeat of Jesse James?. Northfield has 6 public schools: four primary schools, one middle school and one high school with a total of 3800 students. In addition there are also 3 private schools. The Carleton and the St. Olaf colleges are both in Northfield and that?s a reason why on average the population is very young.

An article by Lea Frankenhauser and Vivien Kramer 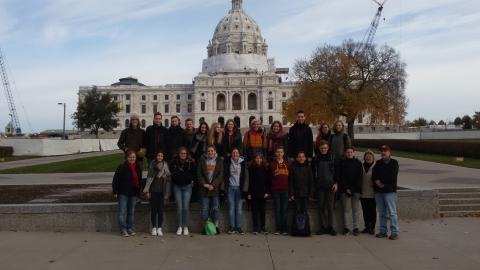 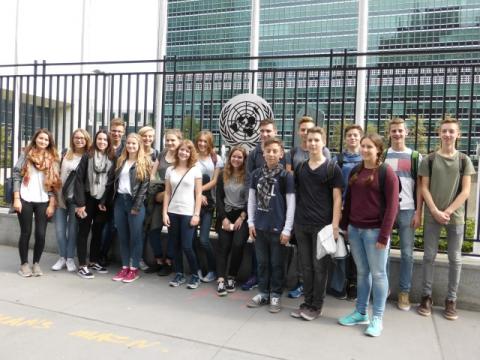 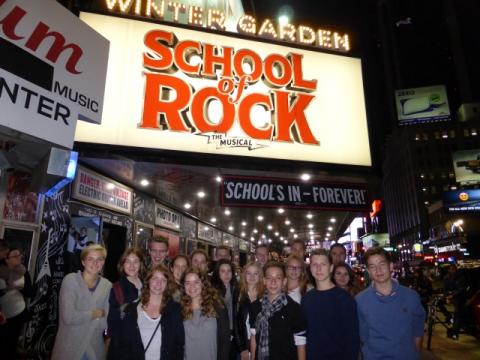 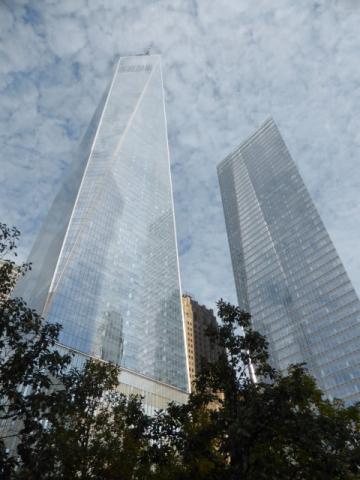 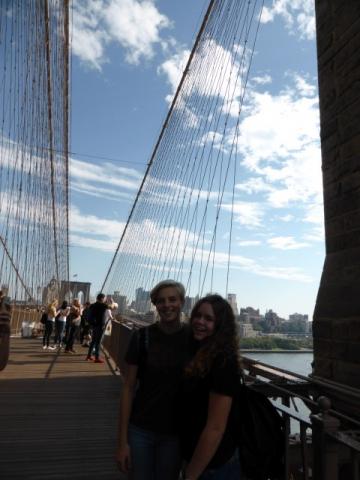 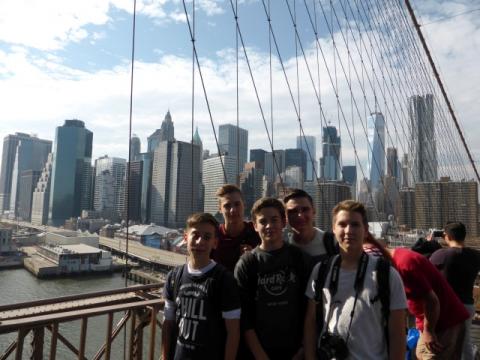 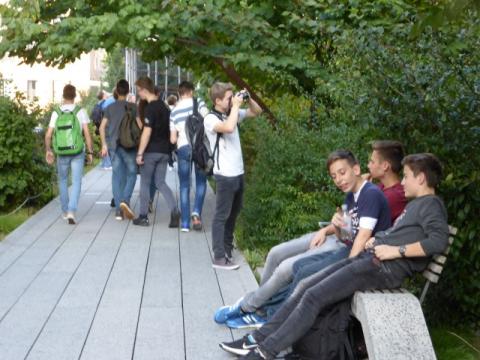 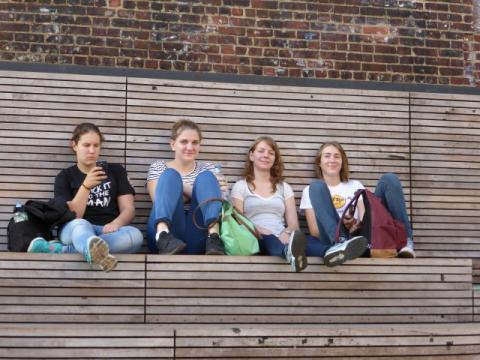 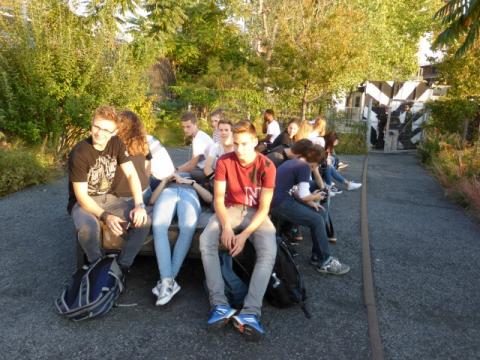 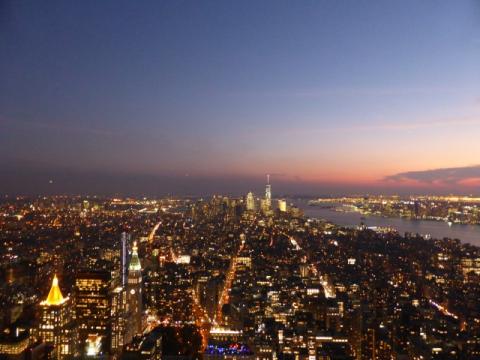 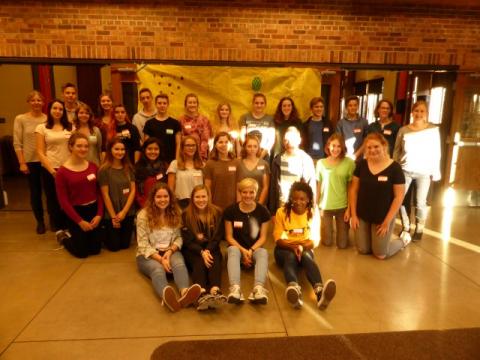 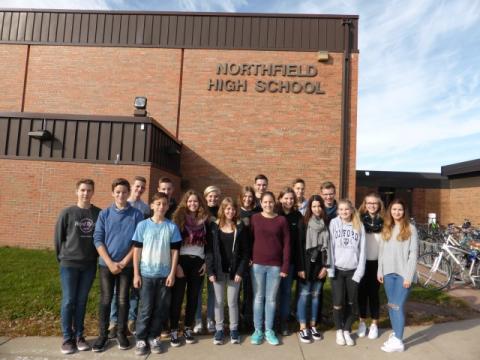 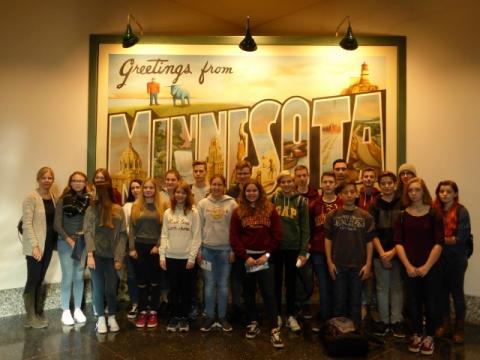 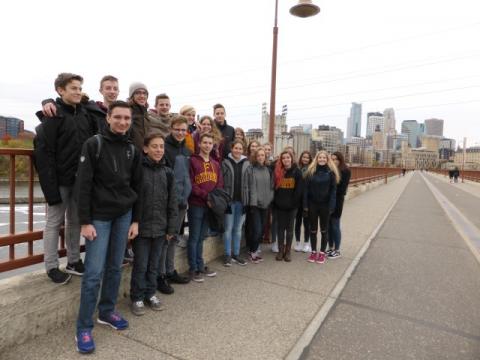 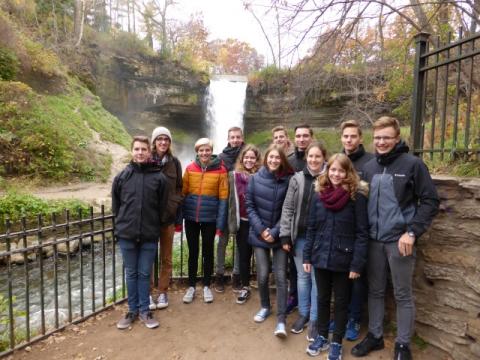 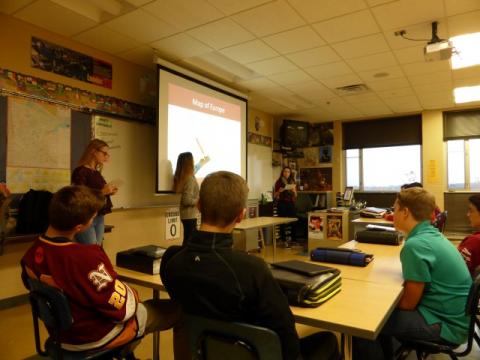 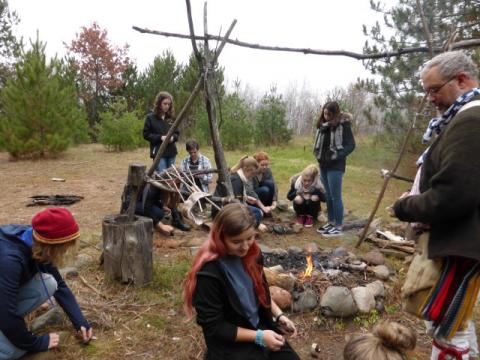 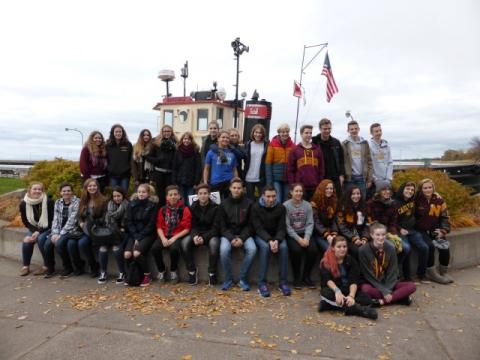 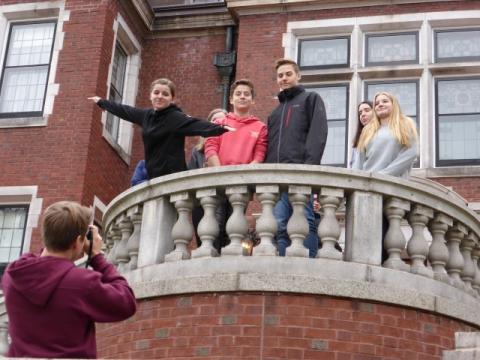 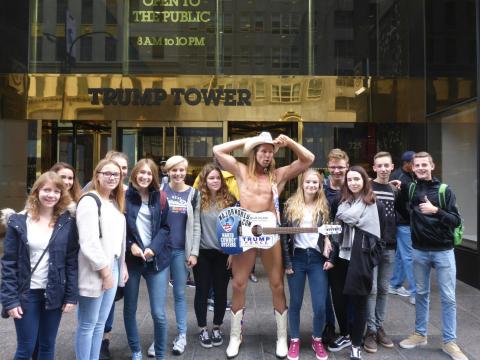 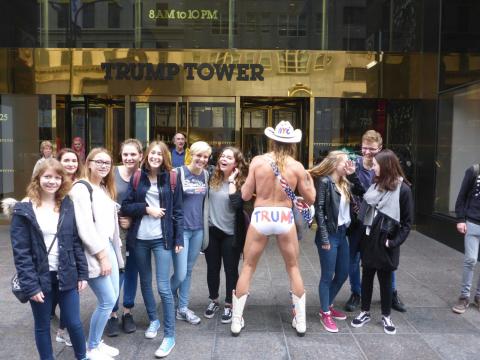